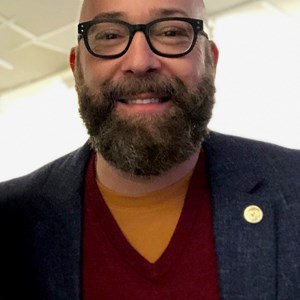 Todd M. LeMieux is a nationally-recognized graphic designer and design educator. His design focus is on identity development / branding, design for higher-ed, and for social causes…Good design, for good causes, with good people.

Todd has received numerous local, regional and national awards for his design work, and has been published in several books including the LogoLounge series, Master Library series, American Graphic Design, as well as a feature in the Graphic Designer's & Artist's Market directory.

He has been an active member of Graphic Artists Guild for over 20 years, and has served on the national board's Executive Committee, the Advocacy, Communication and Education Committees, as well as served as the New England Regional Representative. Todd is currently the Guild’s Communication Chair. He was a founding member of AIGA-CT and served as the Education Director for that chapter at its inception. Previously, he served as Vice President, and then President, for the Ad Club of Western Massachusetts.

Outside of his graphic design passion, Todd enjoys travel and live music—and he will likely win any 80s new wave music trivia game he plays.