Getting Entrepreneurial in Rural Appalachia

Drive west for two and a half hours from Washington D.C. to Eastern’s Moorefield campus, and you will not encounter a single stoplight. It is a sharp contrast from the urban landscape of big building and commuter traffic congestion on D.C.’s famed beltway. Eastern’s main campus is located on a ridge overlooking the Potomac River valley and the Town of Moorefield with a population of 2,500 people.

Entrepreneurship is nothing new for rural and farming communities. When one thinks about the original entrepreneurs, farmers and growers surely must be included at the top of any list. So, it was with high expectations that Eastern opened the New Biz Launchpad (NBL) in Wardensville, West Virginia. While many were supportive, this addition to a main street that had witnessed significant economic decline was surprisingly not warmly greeted by all of its citizens.

Slowly, the NBL was able to make local residents aware of their mission. Cautious at first, local residents began to reach out to the NBL. It began with a call from a local chicken farmer. “I have tried to develop a new product from chicken manure and I have exhausted every avenue. I would like to come in and meet with you,” the message stated.

Shortly thereafter, a local chicken farmer wearing a ball cap and jeans was sitting in the office of the NBL. Josh Frye, whose family stretches back for generations, began to share his story. He had developed a proprietary process for the conversion of chicken manure into a beneficial soil amendment called biochar. In addition to adding nutrients to soils and sequestering carbon, chicken litter biochar had the ability to attract heavy metals like mercury and lead. As a result, it could also potentially be used in remediation efforts of wastewater runoff. As the Eastern team delved into Frye’s claims, the team began to realize that in addition to helping him launch his business, the college could be significantly involved in the development of entirely new industries around waste, waste management, and remediation.

The NBL team, now with the addition of a new executive director, Tina Metzer, began to focus time, effort, and resources in helping to expand Frye’s business and potentially launch a new industry. This led to obtaining initial grant funding of $5,000 for Frye and the creation of Eastern’s Biochar and Waste Initiative. In July 2017, with the help of grant funding to pay for speakers, Eastern launched the Biochar and Waste Summit. Word of this initiative and summit spread, bringing together over 60 attendees and online attendees from as far away as Tanzania.

Since its start, the initiative has attracted quite a bit of unexpected interest and buzz, the culmination of which was a January 2018 Washington Post article, appearing in the Sunday magazine about the college’s relationship with Frye and Eastern’s journey to becoming one of the nation’s most entrepreneurial colleges (Washington Post Magazine 2018). Investors are now actively working with Frye to potentially invest in his business, and the college is now collaborating on grant funding to increase the scale and scope of this initiative.

This entrepreneurial endeavor would not have been possible without the help of NACCE whose network proved to be integral to Frye’s success. The ability to work across an array of partners, organizations, institutions, and people to imbue a broad consensus of collaboration is critical for propelling ecosystems and prospective partners forward.

As Eastern’s activities grew, recognition also grew that other rural communities across the U.S. have faced similar issues in trying to initiate and launch entrepreneurial ecosystems. The proverbial crescendo of events that Eastern has orchestrated includes the launch of the inaugural “National Rural Entrepreneurship Ecosystem Summit,” launched in collaboration with the National Center for Resource Development, the Rural Community Assistance Partnership, and Eastern. Taking place in the heart of Eastern’s service area, this three-day event brings together national partners to learn from each other about the challenges, but more importantly, the opportunities that rural communities have in entrepreneurial ecosystem development. 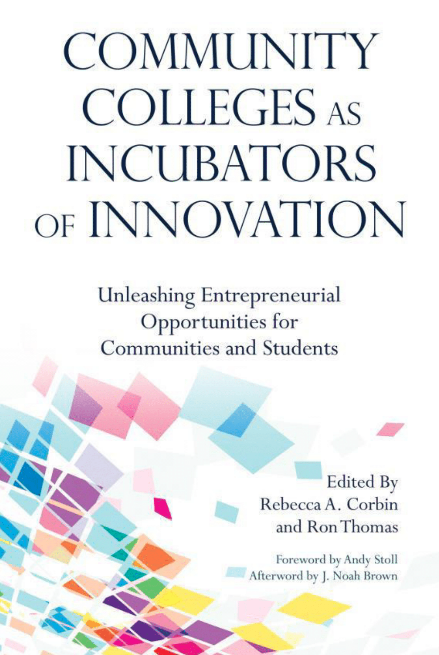 Chuck Terrell has served as president of Eastern West Virginia Community and Technical College (Eastern) in Moorefield, West Virginia, for eight years. In 2016, he was named “Entrepreneurial President of the Year” by NACCE. You can connect with Chuck on LinkedIn. 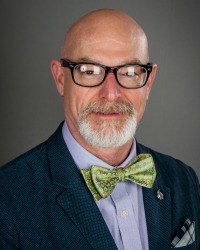 Joe Kapp has served as the entrepreneur in residence at Eastern. In 2016, he was appointed by U.S. Secretary of Commerce, Penny Pritzker, to serve on the National Advisory Council on Innovation and Entrepreneurship (NACIE). In 2017, Kapp co-founded the National Center for Resource Development to help foundations, non-profits, and higher education institutions achieve greater impact by more effectively executing their missions. You can connect with Joe on LinkedIn. 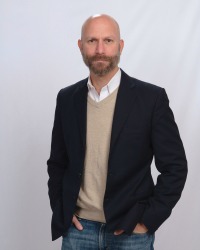